To eat according to the seasons, means fluctuations on the menu. After all, one moment an ingredient is in season, the other it isn’t. But somtimes seasonality also brings a shift in terminology for what is, in fact, the same product. Do we happily eat cod in December, from the end of January until early April we suddenly eat skrei. 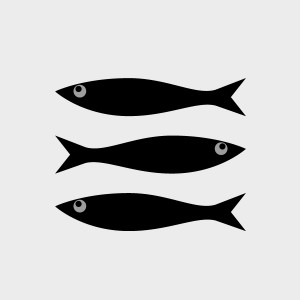 Skrei is a migratory cod that, during the winter months, rushes from the Barentsz Sea to the Lofoten, a group of isles that foodwise is quickly becoming known as the new new nordics. There, the traveling cod is line caught and given an MSC hallmark. So actually, Skrei is an agile cod, whereas cod itself is just a lazy bone. Skrei therefore, has whiter and more firm meat. For which the fisherman can ask a better price.
But do we really taste a difference between the sedentary and the migrating cod? Dutch food writer Menno Steketee once wrote an illuminating article on this, which stated more or less that there was hardly any difference in taste to detect. The higher price all came down to a better marketing, due to the limited availability of skrei. Marketing lesson no. 1: create scarcity, in order to let the prices rise.
I’d like to add a second marketing lesson: New is the new new. Or: does an in itself great product start to sound a tad worn out? Give it a new name, and it will last a bit longer.
Due to the nordic cuisine, western foodies like nordic sounding names. And therefore, during the winter months, we see the so exotic nordic sounding skrei appear endlessly on menus and in recipes. Seasonal chef Ricardo van Ede of restaurant Nevel in Amsterdam serves the skrei for instance with Jerusalem artichoke, cabbage and a sauce of the roasted fish bones.
But… as the magic of the nordic cuisine is fading as we speak, it might be wise to start thinking of a new name for the migratory winter cod. Anyone?